Los Pinos
This has been the official residence of the Mexican president and the seat of the country's government since 1935. In 1934, President Cárdenas refused to take up residence in Chapultepec Castle, choosing instead to live to the south of Chapultepec Forest in the Rancho La Hormiga which was later renamed Los Pinos. 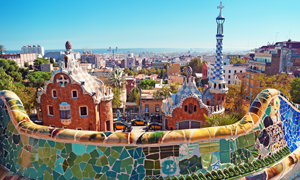